Dutch Lions FC has partnered with Elhage Stentler Consultancy BV in a new, innovative project in women’s soccer bringing (top) players from the USA and Canada to Europe in May 2020: XI FC.

The concept is simple: a first round of open tryouts in eleven cities throughout the USA in March, followed by round two (invitation only) for the best players of round one in April, resulting in a selection of the 2020 XI FC team that travels to Europe in May.

This XI FC team, that will consist of 23 players, will embark on an all-expenses paid tour and play three matches vs leading clubs in three different countries in Europe to showcase themselves to these clubs and numerous scouts. 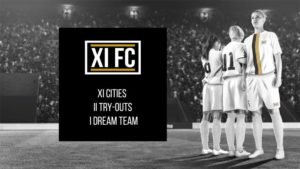