Castrellon, a native from Encinitas in California, played the 2021 season for Oceanside Dutch Lions FC in the WPSL Plymouth Division and thanks to Dutch Lions FC, Miami Dutch Lions FC co-owner and Director of Soccer Operations Hans van der Haar and teammate Addison Steiner she was offered a contract to play in Austria for FC Dornbirn and be part of a very ambitious project. The club currently plays in the second division in Austria but after promotion from third division last year the club is looking to win the title again this year and compete for the national championship next year in the Premier League.

Castrellon played college at Saint Peter’s University and club soccer for Rancho Santa Fe Attack and San Diego Surf. We asked her about her new journey in Europe: “It will almost be a month now since I’ve moved from California to Austria to pursue my goal of playing professionally. I have had such an incredible experience thus far. Besides playing the game I love I’ve made new friends, tried new foods, and started learning a new language. The biggest realization I’ve taken away from my short time is how universal the love for the game is. Soccer knows no language or favors no specific culture. As a team, we have successfully started our season with 2 wins, putting us tied for first place after the two weeks of the Second Division Bundesliga 2021 season. I’m excited to see where our hard work takes us in the months to come!”

Last weekend Castrellon played a huge part in the 5-1-win vs LUV Graz scoring the first and fourth goal giving her some recognition in the press as well with teammate Kristen Ngozi Amarikwa, also from the US. 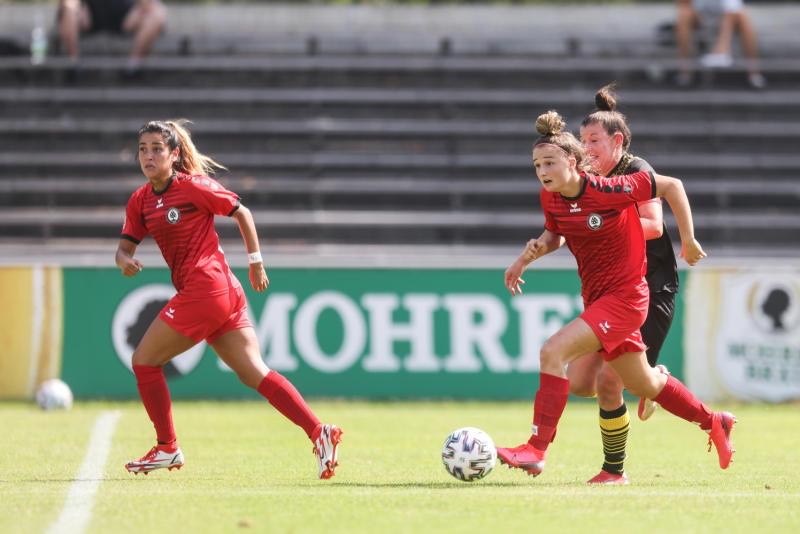